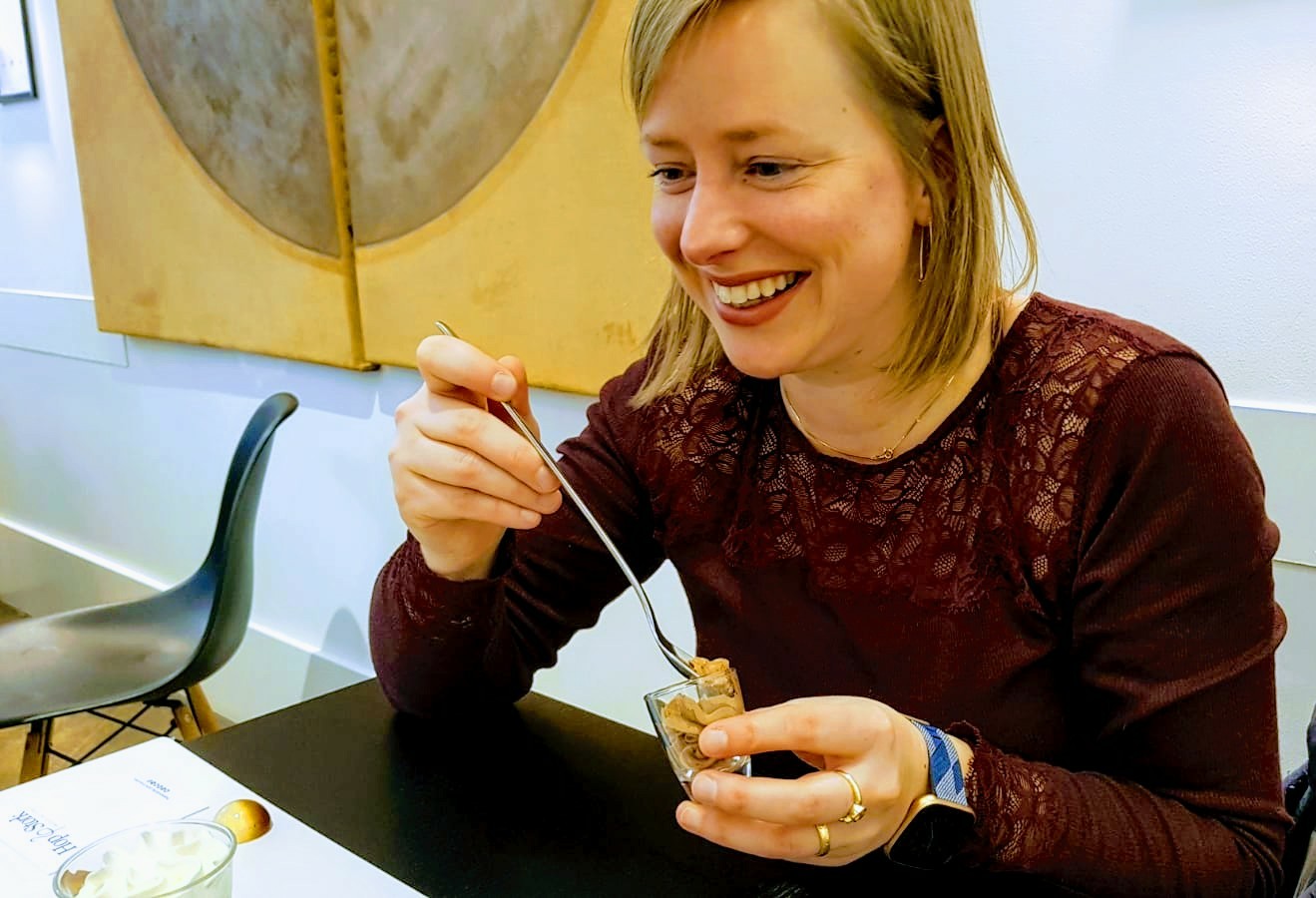 We have already passed two months of no sugar. And I thought it’d be nice to give you an update on our experience.
My husband and myself started on January 1st of 2020 with a sugarfree challenge; for a whole month we wouldn’t be consuming any processed sugars, this includes alcohol as well.
The first month went so well and felt so good that we decided to continue.
Our little boy joins automatically but he doesn’t seem to like sweets that much besides marmalade, so that’s a piece of cake.
And at the end of the month we have a ‘treat ourselves’ moment where we can enjoy something sweet. In short: sugar once a month.

From nutritionist to reflexologist

Many people only know me as a reflexologist but I’ve been studying the effects of sugar on our body since 2006.
From 2006 till 2012 I lived a sugarfree life.
For a while I even gave nutritional advice. However I didn’t enjoy seeing my customers only two or three times.
So I moved into reflexology. It is something many people enjoy receiving on a regular basis so I also see them more often.
The feet are probably the least considered body part in this modern day world but they change all the time and if you do get a cramp, infection or pain in your foot, you understand how important they are.
If you start taking medication for a while, it will show in your feet.
If you have had a trauma in your life, your feet will tell me the story.
If your migraines have become worse, I can tell.
If you have difficult bowel movements I can feel that.
And if you have been breastfeeding your baby for a year, the skin on your feet will show.
Over time, I like to see people evolve, develop and make small changes to their lifestyle. Even if I see them only once or twice a year.
In order to be there for my family and for my clients I like to feel that my energy is balanced throughout the day. Quitting sugar every now and then helps with that.

The feet are probably the least considered body part in this modern day world but they change all the time and if you do get a cramp, infection or pain in your foot, you understand how important they are.
People wouldn’t think so but if you take medication for a while, it will show in your feet.
If you have healed from a trauma in your life, your feet will tell me the story.
If your migraines have become worse, I can tell.
If you have difficult bowel movements I can feel that.
And if you have been breastfeeding your baby for a year, the skin on your feet will show.
and make small changes to their lifestyle. Even if I see them only once or twice a year.
In order to be there for my family and for my clients I like to feel that my energy is balanced throughout the day. Quitting sugar every now and then helps with that.

So how did January’s 1st sugarfree month go?

Well it wasn’t like I easily let go of all sugars in the first period. I still had moments where I was craving chocolate or something sweet.
So in the first three weeks of January if I did have an urge to eat sugar, I took a teaspoon of marmalade, which sometimes turned out to be two or three teaspoons. It was a rosehip marmalade made by a friend of ours. He picked the rosehip himself and made a delicious marmalade to which he added normal sugar. So the first month wasn’t entirely free from sugar.
Which lasted about three weeks and then the desire disappeared.

How did the second sugarfree month of February go? 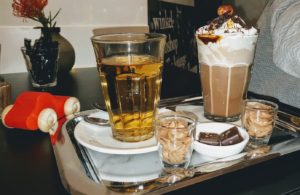 Our 2nd sugarfree month has gone even better than the previous.
An explanation for that is that we’re no newbies to going sugar-free.
The second month I didn’t have a single moment in which I had a craving like I did in January.
However, I did end up enjoying a piece of gluten and lactose free chocolate cake made by one of my students, she sweetened it with agave syrup, which is still sugar, and I had a piece of gluten and lactose free brownie I made myself, containing sugar as well.
Besides that I managed through just fine.

Which effects do I notice about myself

I notice I don’t pay attention to the sweet section in supermarkets anymore.
We probably spent less money on snacks and sweets in the past two months but we haven’t been keeping track of our spending’s on that section of the groceries. A rough calculation yesterday means that we probably used to spent somewhere around 25 to euro’s per month on just chocolate and some other sweets. This doesn’t include the beers and chips my husband enjoys.
I don’t need foundation and never really had pimples, nevertheless my skin has become even calmer then it already was.
The bottom of my face has become less round.
I don’t know if I have lost weight, because I never weigh myself. But some pants do fit a little better. If I wanted to loose weight I would also need to eat a little and move a bit more, but I am happy like this. So I probably won’t change that much for now.

My first advice for someone who is also thinking of going sugarfree for a whole month to sugar once a month?

To start with I would advice to either finish or give away anything you have in your house that could make you cave in on a weak moment.
For me that would be a bar of chocolate.
One of my clients says that if she has plain sugar in the house, that is her trap. Cause she will start baking anything from cookies to pies. And she will eat a whole batch of home made chocolate chip cookies in one go. As would I if I would have baked them.
However for the initial period of 1-3 weeks you might like to have some dried fruit on hand or some marmalade like I did that can help you get over the hardest part.

How come we can keep up with living sugarfree?

I am the kind of person that when you give me a bar of chocolate, I won’t take a piece or two on a daily basis, I will take the whole bar in one go. But to never eat chocolate or other sweets again that would make life more boring. So we found a solution to that which works perfect for us.

Sugar once a month

So limiting sweets to a sugar once a month experience, makes it a moment to cherish, to celebrate, to value, enjoy together and to really appreciate what’s in front of you.
We went to Hop and Stork twice to celebrate, once at the end of January and once at the end of February. Simply because they make their own chocolate and they have good quality pralines and chocolate milk sticks from Boon from Belgium.
I also made some apple pancakes at the end of sugarfree February and added ‘stroop’ a typical Dutch syrup that we add on top of our pancakes. Before I would add a lot of syrup to all my pancakes. But I just added a bit to one and noticed that it wasn’t necessary at all, so I left the stroop for what it was. If we continue this way, we may have to give our stroop to one of the neighbors.
For next month we might be looking at a different location to celebrate so if you have any suggestions of places where they make great glutenfree sweet things, preferably chocolate, cakes and pies, then we are all ears.
We are also adding an extra challenge into March.

What is the new challenge about?

It was so easy actually this past month that my husband and I decided to take on a new point of focus. At the same time we will continue our third sugarfree month (March).
We want to add a month of less screen time.
So we are skipping movies and Netflix. Screen is only allowed for work related activities, the news and documentaries. All be it not daily but on a less regular basis this also means we won’t be giving our 3 year old boy any screentime. That meant we had to get out of bed early and be with him instead of turning on the television so we can get a little more sleep.