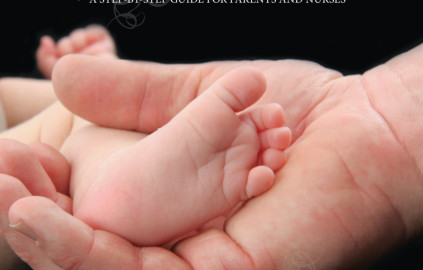 Anna-Kaarina Lind from Finland is the author of ‘Reflexology and infantile colic – a step by step guide for parents and nurses’ and one of the only three reflexologist authorized to teach the Karl-Axel Lind full body reflexology method. I interviewed her and got to know an inspiring person.

Anna-Kaarina Lind is born in 1951 in Helsinki in Finland. Nowadays she lives with her husband in Tampere, around 180km north of Helsinki, where they enjoy nature.

Anna-Kaarina: “It is fantastic here. The nature with its big lakes where we row regularly. Our children have been raised here. Our oldest son passed away in 1995. Our daughter and her husband have two daughters and our youngest son and his wife have a daughter and a newborn baby boy, so we’re also proud grandparents. All four grandchildren have received reflexology treatments from me and they enjoyed it very much. During labor I also gave my daughter reflexology as a natural painkiller.”

The discovery of reflexology by Anna-Kaarina

Anna Kaarina: “From 1983 till 1987 I studied reflexology. I applied the techniques I learned during my study immediately in the treatments I was giving in our practice. I have a very practical orientation and when I started to notice that I could get good results with my patients through reflexology I became more curious. I had a fantastic teacher and was sold to reflexology rather quickly. In 1987 I set up my own school for reflexology, MedikaNova Ltd, in Tampere, Finland. Ever since I have trained hundreds of reflexologists in Finland and we also started with courses in Estonia. Now they have their school there which runs independently. ”

In 1997 she did a research on baby’s that suffered from colic by giving them reflexology treatments in the hospital. It became clear that 80% of the baby’s profited from the treatment.

Anna-Kaarina: “Today we know that with 1 or 6 treatments a baby can be relieved of its colic. The baby’s with whom the colic doesn’t go away have other problems such as reflux, allergies, side effects of vaccinations etc. ”

The book ‘Reflexology and Infantile Colic’

In 2001 she punlished her book about reflexology. In 2008 came Reflexology and Infantile Colic, in 2009 it was translated to English.

Anna-Kaarina: “The reflexology method of Karl-Axel Lind is much more then a foot treatment. The whole body is used: feet, legs, hands, back, face, ears, head. Finland is a big country but with a small amount of inhabitants (only 5 million). Many subjects have not been covered in Finnish. The full body reflexology method of Karl-Axel Lind also hadn’t been covered. Because I saw how well the method worked, I felt the need to share this knowledge.  This book is written for parents, grandparents, professional therapists and those in child care. The method is safe, medicine free and effective in helping small babies that struggle with colic. It is easy to learn and easy to do. It’s also a budget friendly method because all you need is some oil, warm hands and a desire to help others. Touch is very powerfull. My dream is dat everyone can do this soft form of treatment at home on their baby’s. The baby doesn’t need to suffer from colic to enjoy this friendly and soft way of touch and care.”